This is simply about my time in Maasai Mara in July 2014. So, grab a cup of tea, get comfortable and enjoy the ride. Being a Kenyan you’d expect me to have been to the Mara countless times..pssht..I mean it’s just in my backyard but on the contrary, the Mara is an 8 hr drive from where I live and I had never been there at all until last year July when I had the opportunity to take some AIESEC interns. I was ecstatic at this privilege. I was to be their tour guide (I would be the worst one) But luckily we had an amazing tour guide/driver with us. We embarked on the long road trip to the Mara from Nairobi at 8 am on a Saturday, in two vans since we were around 20 tourists.The  transition from the urbanized Nairobi city to the real Kenya, with beautiful landscapes and breathtaking views, could be felt. At 10 am we reached Viewpoint, an area  demarcated for viewing the Rift Valley. Here the view is breathtaking! Like if you were breathing..it will be taken away. (sorry for my bad puns)

After about 30 minutes of viewing, getting excited over squirrels and taking photos, we continued with the remaining 6 hour journey. The road was smooth for a large part of the journey until  road simply stopped and we got to the worst version of a Kenyan murram road. For the few of us who hardly got enough night’s sleep due to excitement, this road would be the death of us. We drove deeper into remote areas where seemingly technology was yet to reach its full potential with rare masonry houses and many traditional Maasai people in their cool-looking Maasai regalia. Nobody is cooler than a traditional Maasai dude! At the 7th hour we started seeing wildebeests and zebras in masses and an occasional cow here and there!

Finally at around 3 pm, we arrived at the Rhino camp! (This was after going to the wrong camp, twice 😀 ) We went straight for lunch where we had Pasta and Ndengu. We settled into our en suite army tents. At 4 pm we were ready for our first excursion. At the gates were Maasai women were selling their regalia which aids in paying for construction of schools in the area.

When you enter the Mara, the first thing that takes you aback is the grandiose landscape, majestic animals in very close proximity and the beautiful sunny weather. What more could you want! The driver knew all off track areas that you could view the Big 5. We saw wildebeests, giraffes, gazelles, topi, elephants and lions. Being in close proximity with the lions and elephants  gave me the chills. You honestly feel the majesty of these animals once you are that close. A lion to me looks harmless though. (This belief is very unpopular.) 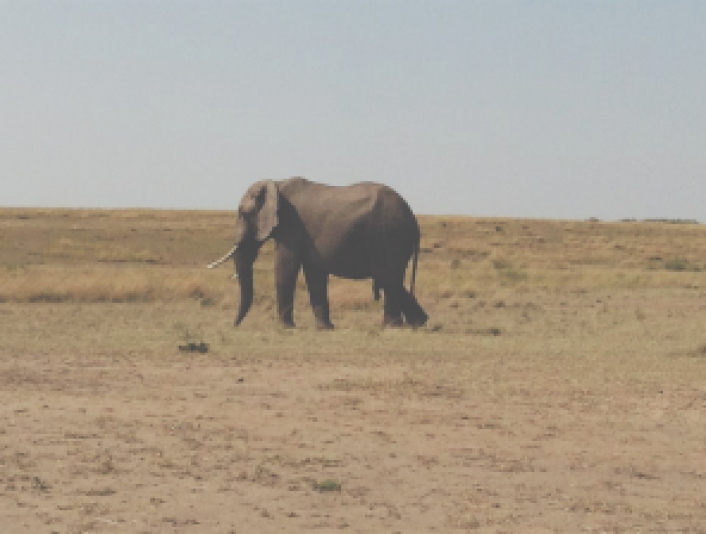 At 6 pm the safari was over and we got back to camp and had dinner, a game of charades and good conversations. The sunset had us all singing the Lion King intro. lol.  What they do not tell you is that lights in the camps go off by 10 pm but some of us stayed up star gazing and enjoying a lovely camp fire. Silence fell over the Mara with only the howling sound of the night breeze.

The next morning, we were up by 5 am and got ready for our final Game Drive to the Mara River that borders Tanzania and Kenya. The drive is about 2 hours and we could see other wildlife along the way. One hour into the drive, our car broke down! We had to get out of the car to get it repaired just a few metres from Buffalo that I swear was staring me dead in the eye! Ha ha..this added a lot more excitement to this trip. What a story it would have been if the Buffalo actually tried something, I would have been famous. Anyway,back to the story. After 30 minutes or so,the car was ready and we arrived at the river at around 10 am.

The Mara River was the best part of the entire trip. The Wildebeest crossing is one of the 7 wonders and it is everything you would hope for. The driver parked at a good vantage point and gave us some interesting facts on the crossing like they use the same path as their ancestors. As Barney would say, it was legen-wait for it-dary!

After about an hour,we were ready to leave. We had an excursion back where we saw even more stunning wildlife. The peace and tranquility was rejuvenating. Seeing the untouched beauty of the Mara, made me appreciate wildlife and their habitat. 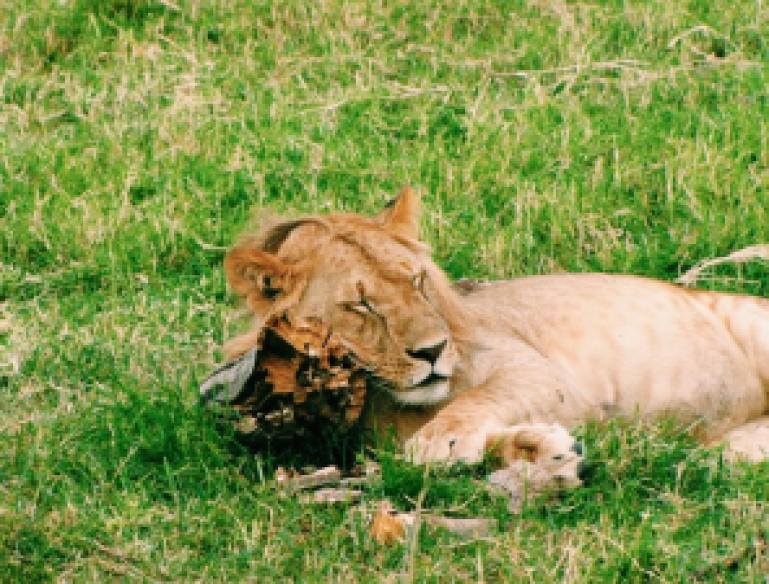 We arrived back at the camp at 1 pm and had lunch and embarked on our long journey back to Nairobi having fullfilled my wanderlust for safaris. A trip to the Mara ought to be in your top 5 things to do in Kenya. 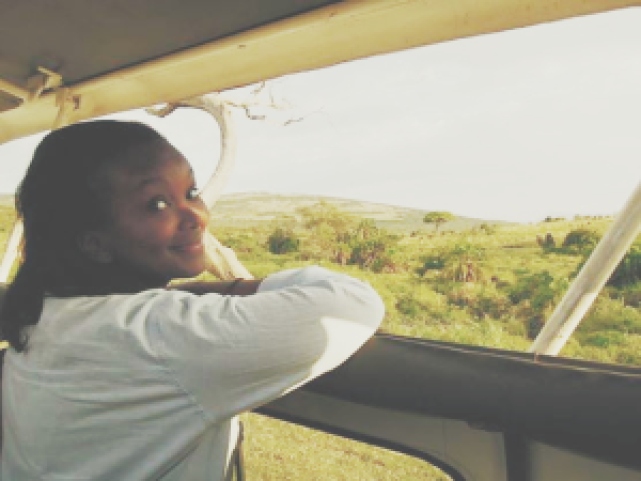 0 thoughts on “Into The Mara”

Hi, I'm am an Architecture Student, Travel Enthusiast & Professional Wanderluster -who hails from Nairobi, Kenya - simply trying to expand my horizons and explore different places and cultures. My dream is to be an expert in all things travel and to be an African voice for travel.